“Texas’ economy is booming and we lead the United States in job creation. This partnership with Google is just one more example of what we are doing to prepare Texas students for the jobs of the 21st-century. Bringing Google’s IT Support Professional Certificate to Texas will help meet the heightened demand for IT support specialists in the Dallas region and the rest of our state, where an estimated 11,000 IT positions need trained workers.

“Career tech — including our P-TECH and Career Tech programs — have long been a top priority for me. They are an increasingly vital aspect of public and higher education as we work to bring better and more affordable educational and training opportunities to Texan students.” 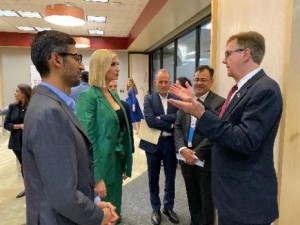 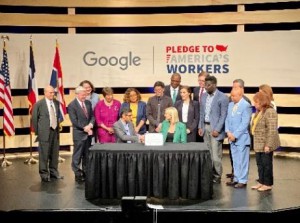 Google’s IT Support Certificate will help meet the high demand for IT Support Specialists in the Dallas region, which currently has a higher-than-average job posting rate and projected growth of 14% by 2028. This project directly correlates with President Donald Trump’s Pledge to America’s Workers initiative.

Google launched the IT Support Professional Certificate in January 2018 with the aim to help students become job-ready in six months, and more than 85,000 students have enrolled nationwide. Google employs over 1,000 Texans in Austin, Addison and Midlothian.